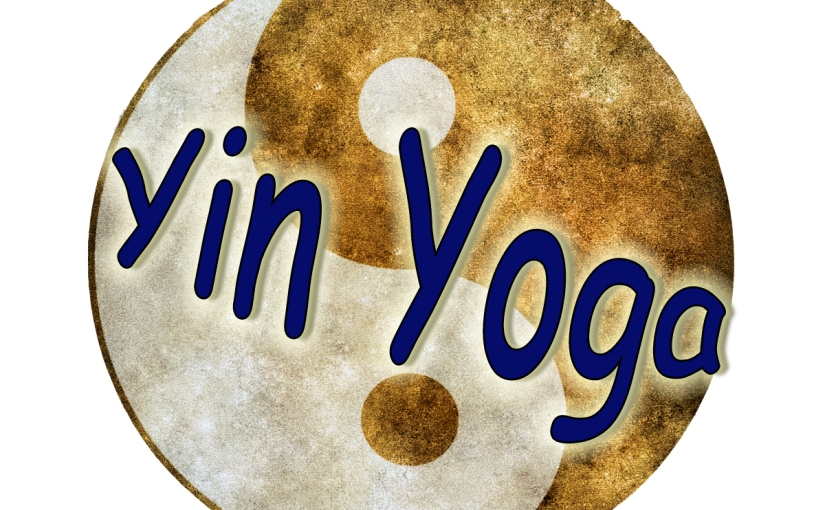 The new yoga studio I’ve recently signed up with (Claremont Yoga – I love it!) offers an array of classes for its students.  One of which is “Yin Yoga”.    And then they offer a “Restorative Yoga” class.  Are these similar?   I’ve decided to read about them – in addition to attending the classes.  Understanding the purpose of the class and what to expect is very important and can change the outcome of the class greatly so here we go.

To understand what yin yoga is we need to understand the term yang yoga.    It is probably the type of yoga you’ve been doing.  Vinyasa flow, Ashtanga, and Strala’s Strong yoga are examples of yang yoga. These are rather vigorous forms of yoga which focus on our muscles resulting in sweat and an increased heart-rate.  These forms of yoga are heat building.  As we flow through an hour of one of these classes the purpose is to build strength, stamina, and also flexibility in our muscles.

Yin is the opposite or balancing partner of yang yoga.  The roots of yin yoga are in China rather than in India as most yang yoga is. It is based on simple poses which are held for anywhere between 5 and 20 minutes.  It is meant to balance out the yang practice. Instead of focusing on the muscles, the focus in on connective tissue – the bones, the ligaments, and the joints.  The atmosphere of these classes is more meditative and the object is to relax into the poses.  Although it is described as simple it is not meant to be “easy”.   It is meant to be for those yoga practitioners who are not currently injured and to improve their health. For these yogis it will act as a restorative form of yoga.

Generally, a class which is titled “Restorative yoga” will be a very gentle form of yoga.  More low-key than yin if you will.  If you have injuries, are new to yoga, are stressed, or just want a relaxing and easy-on-the-body class then look for a restorative yoga class.  These classes often use a lot of props, encourage ease and gentleness, and do not stress the connective tissue compared with a yin class.

I tried a yin yoga class the other day.  It is more strenuous than a restorative yoga class.  The poses are held for longer than might seem comfortable.  I will say it was a different experience.  I will probably try it again.  My ultimate favorite yoga is still restorative though.  I love it for its stress reducing qualities in my life.  My body is generally very flexible and the yin will be a good addition to my practice though.  Learning to use the poses as a meditative tool will be my challenge.  Learning to relax in the poses for up to 5 minutes will also be another challenge.  But after all yoga is a practice rather than an art. So adding a new dimension to my practice is exciting. 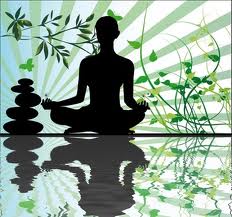 I have read a ton of articles over the past year from various sources touting the amazing benefits of meditation.  OK so it’s supposed to be good for you and there are some studies which support its benefits to both body and mind.  But what exactly is meditation?  It seems there are several forms.  How exactly is it good for me?  And who has time to sit and do nothing?  In our rushed and stressed out society it could seem counter intuitive to many.  Maybe even a waste of time!  This is to those of us that do have a hard time sitting still and turning off our mind.  It is very hard for me.  However because I keep reading about the abundant benefits I do believe that it is in my best interest to slow down and take a look at what it is all about and try to incorporate it into my life in 2015.  New year’s resolution?  Perhaps yes – can’t hurt me to at  least try it right?

Meditation is good for your mind; it changes your brain’s structure!

A study conducted at Massachusetts General Hospital (MGH) shows measurable changes in participants’ grey matter.  The regions demonstrating change are associated with memory, sense of self, empathy, and stress.  Grey matter density had actually increased.  I think I would love to be able to feel less stress just through building up some grey matter – and all I have to do is sit quietly!  Does it still sound like a waste of time endeavor?  Not so much.  I would rather not rely on prescription drugs to cope with daily overwhelm.

How do we get started?